What associations do the average person have first when he hears about a steam room in a bath or sauna? This is relaxation, heart-to-heart conversations, hot drinks. Of course, there is some truth in this. The steam room is a truly unique place that can relieve a person from the burden of problems and accumulated fatigue in a matter of minutes. And also have a beneficial effect on the respiratory system, cardiovascular system, skin, remove toxins from the body, help to cleanse and rejuvenate it. Which is undoubtedly a significant argument in favor of the steam room. From these arguments, it follows that just the use of those strong drinks is not the best idea, contrary to popular opinion.

WHAT RULES SHOULD BE FOLLOWED WHEN VISITING THE STEAM ROOM IN ORDER TO GET THE MAXIMUM BENEFIT FOR THE BODY FROM THE PROCEDURE?

Bathhouse, sauna, hammam-whatever you call it, the essence is the same. As well as the principle of use. In order to get not only moral satisfaction from visiting the bathhouse, and then the steam room, but also a favorable result for physical health, you should adhere to simple rules that can be called traditional rather than mandatory. It tones up, removes swelling and excess deposits on the body and improves overall well-being such a procedure as quilting with a broom, most often birch or nettle. And what a fragrance is in the air when using it! Many dermatological problems are solved in this way, and in combination with herbal tea, a real wonder happens to the body. If you have concerns about whether such a combination will harm you, it is better to consult a doctor.

AND ARE THERE, IN PRINCIPLE, INDICATIONS FOR VISITING A STEAM ROOM?

Undoubtedly. So, regular visits to bathhouses and steam rooms using a broom helps to solve mental and neurological problems. The procedure also has a beneficial effect on people suffering from seasonal climate change, because of which there is an increased sense of anxiety, fatigue, weakness, depression. It is recommended to visit the steam room and those who have problems with the upper respiratory tract. Diseases such as bronchitis, laryngitis, tracheitis have been, alas, chronic in many people in recent years. An important condition is not to visit a steam room with a temperature! After the procedure, fix the result with a cup of herbal infusion, for example, from rosehip, raspberry, chamomile, thyme. Oddly enough, but the positive effect of visiting the steam room was also observed by patients with diabetes mellitus. The blood sugar level decreased, the general condition became more stable. It’s amazing how much you need, sensible and pleasant you can get from such a seemingly simple procedure. And many bathhouses and saunas, combined with the low cost of a subscription, make the pleasure accessible to everyone. 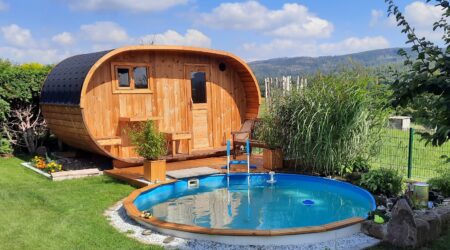 What is better to drink in the bathhouse?

A Russian person cannot do without a bathhouse. Just imagine how... read more 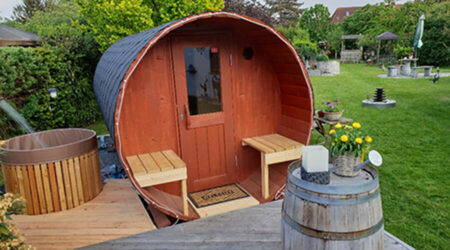 For those who go to the bathhouse for the first time

You should steam up first, then wash.It will be useful to... read more

What is better to drink in the bathhouse?

The wood burning heater for the wooden hot tub

The wooden hot tub is an invaluable benefit for the body

For those who go to the bathhouse for the first time